Made possible by grants from The New York City department of parks and recreation, The Society of Environmental Graphic Design, and Iron Works, NYC

Designed and fabricated as a memorial to The Great Famine. Sited in Tompkins Square Park, on the edge of the Ukrainian Neighborhood, this work used birds as metaphor for the lost souls and bird seed became the winter food/bread. Ukrainian and English text as well as symbolic imagery of after-life, agriculture and plentiful harvest, taken from the Ukrainian art of pysanky (elaborate painted eggs) covered the base. During the winter of 1932-33, Stalin commenced the collectivization of agricultural regions in the soviet Union to make the nation more homogenous. As part of his plan, he oppressed the Ukrainian people, systematically eradicating their individual freedoms of culture, religion, and language. Because their land was one of the largest and most fertile in the Soviet Union (dubbed the bread basket of the Soviet Union), Stalin confiscated all wheat, animals and farmlands, claiming these as Soviet property. Reports vary that from 3 million to 12 million Ukrainians starved to death during the winter. Although millions starved, any existence of a famine was denied by the Soviet Government, and only recently, discovered by the public at large. 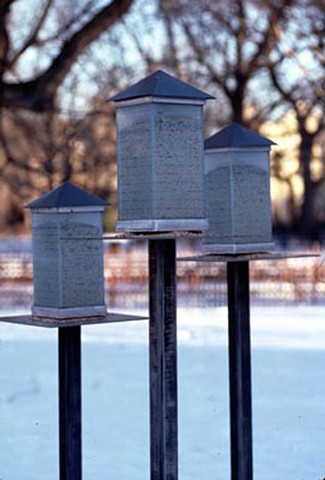 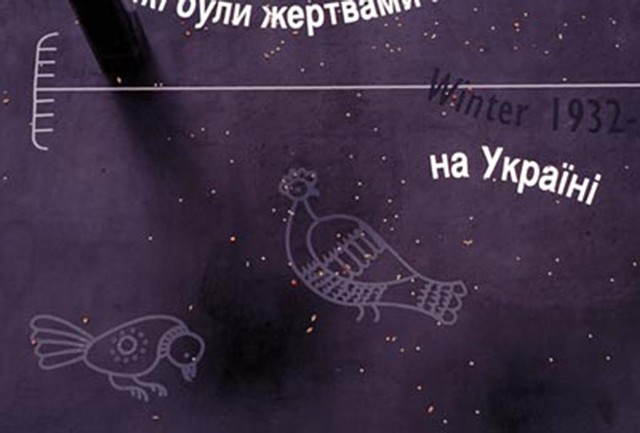 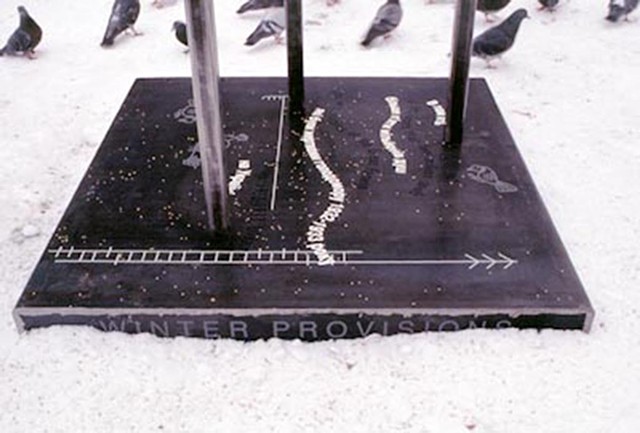